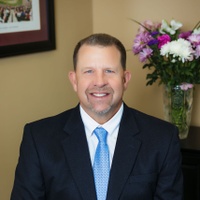 Mike is a managing partner and financial consultant at Trombley Associates. After being a client of his dad’s for many years, Mike eagerly followed in his footsteps. Mike combines his professional knowledge with each individual client’s needs in order to recommend appropriate investments. Mike graduated with a BA from Duke University in 1990. He is a Registered Investment Advisor with Trombley Associates  and holds various securities licenses through LPL Financial.  He is also a licensed insurance representative in life and annuities.

Many people know Mike as a professional baseball player. Mike was drafted by the Minnesota Twins in 1989 out of Duke University. He played a total of 14 professional years, 11 of them in the major leagues with Minnesota, the Baltimore Orioles and the Los Angeles Dodgers. From his baseball career, Mike has become a specialist at contract negotiation and asset mitigation.  After retirement, Mike has become a knowledgeable real estate investor as well as a sought-after public speaker.